iTunes versus Spotify – Where should you spend your money 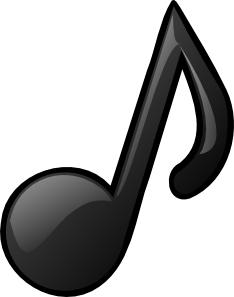 iTunes versus Spotify : Listening to music has changed considerably over the last few years, thanks to iTunes and the iPhone, iPods and so on, and also Spotify. Both have revolutionised CD ownership and music listening.

iTunes is a media player and library, and also it incorporates a store. It was launched in January 2001 and users can download music, TV shows, podcasts and a variety of other media now, but it started out as a music service and that remains its biggest component.

Tracks and albums are purchased and downloaded from the iTunes store and saved in the iTunes library in the mpeg4 format, which allows them to be played on devices that allow this playback, such as the iPod, iPhone, or any Apple product, as well as Windows or Android products with the Apple software installed on it. The downside to this is that items that have been purchased are not able to be converted to another format, to be played on a non-compatible device.

An iTunes library can be shared on a local network, as well as on up to five devices that an individual user can register on the single account. A user is also able to burn CDs of the tracks they have purchased into their library. Single tracks cost around 79p and new release full albums cost from £7.99, with periodic discounts available, and podcasts are often free and varied in content. As mentioned, there is also a vast selection of videos, movie rentals and books available for purchase. iTunes vouchers can be purchased, often at a discount from a scheme such as Tesco Clubcard, or via a cashback website, which enables the user to save some money on the purchasing of iTunes products.

Spotify is an app that allows you to stream music. It is available as a web app (used in the browser, as any other webpage would be opened) or a program you can download onto your desktop. You can also use Spotify on your iPad, iPod, iPhone, Android phone, Windows phone or Android tablet, as well as many other platforms such as Linux and BlackBerry. The service works by allowing its users to stream tracks and albums, or to download these in the form of playlists, to be played in offline mode (for Premium subscriptions, which are paid). One person can use the same account with an unlimited amount of apps on different platforms.

There is a free version of Spotify, which allows users to listen to any of the tracks contained within the Spotify database, and to create playlists, for free. The snag is that users must listen to the odd advertisement, which typically last for 30 seconds and occur after every 5-10 tracks that are listened to.

As well as being able to listen to tracks and create playlists, free users can also listen to one of the many radio stations that are available on Spotify. There are radio stations available according to genre of music, era, or even based on a favourite artist, and the radio service is a major part of Spotify’s attraction to its users.

There is a paid version of Spotify, its Premium version, which is superior to the free version in that it has no advertisements, and also it allows users to create playlists to be listened to offline, such as in the car, or whatever. The subscription costs £9.99 per month, and there are discounts for family members, which varies according to how many people are members. There are also student discounts available.

Spotify was launched in October 2008 in Sweden and quickly spread around the world, and it now has 15 million subscribers, and last year earned a total revenue of just over £1bn. All users of Spotify can Scrobble their listening of tracks to last.fm, the music social network.