Why changing your finances in January may not be the best idea!

After Christmas and New Year we all make promises to ourselves that this is the time we’ll get our finances sorted and start saving some serious money. The majority of us out there tend to overspend at Christmas and then try to save in January to make up for it.

However, this isn’t always the best way to go about it. Don’t worry, we haven’t lost our minds – we still think saving is a great idea – just maybe not in January. Read on to find out why changing your finances directly after Christmas isn’t as smart as you may think.

It’s the most common time of year

You’re better off doing it year round

Another reason why January may not be the best time of year to change your finances is that you should be doing it all year round. Instead of making a few big changes in January and then by the time February comes around you’ve forgotten all about it, make the changes every month.

Most people end up falling off the wagon by the end of January, simply because they’re not used to it, and they haven’t made good enough plans. Instead of making a last minute decision to change your finances in the new year, why not make a thorough plan and put it into effect all year round?

Like many people, you may have spent too much at Christmas. Many people find that they overspend at Christmas and as such end up in a little bit of debt after Christmas. Because of this, it means that they have a lot to pay back in January, so maybe it’s not such a good idea to make big changes to your finances.

Instead of using January to change your finances, use this time to pay off your debts and get yourself settled in the new year. Once you’ve sorted out your finances in terms of debts to pay off then you can start looking at changes to make.

Many people make the decision to make changes to their finances on a spur of the moment thing – often after they’ve checked their bank account after Christmas! However, doing this means that you haven’t planned it properly and will probably end up going back to your old way of managing finances. Many people who make the change on a whim will end up not sticking to their change and going back to their old ways.

Instead of making a sweeping statement about changing your finances in January, take the time to plan and prepare exactly how you’re going to do this. It doesn’t matter if that means you’re not starting with a new finance plan in the new year. What matters is that you’ve got a solid plan in place, one that you’re more likely to stick to. There’s no point in rushing it, just because it seems that everyone else is doing it. Take your time and you won’t regret it. 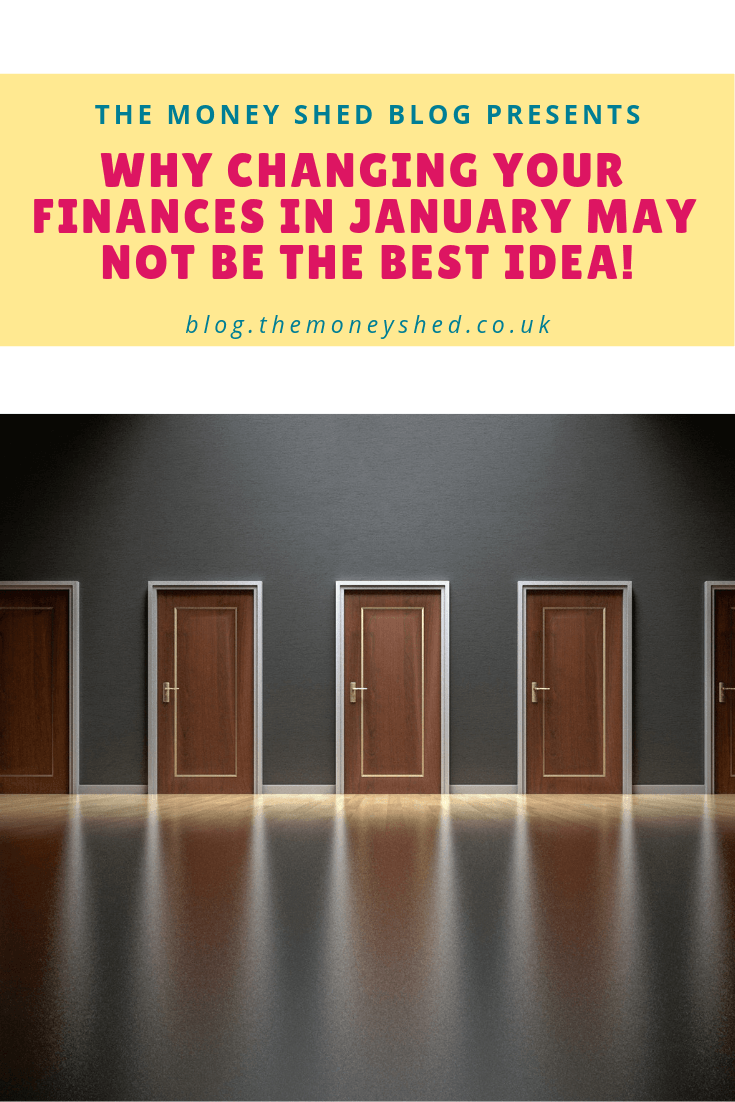