The Best Way to Monetize Websites in 2017 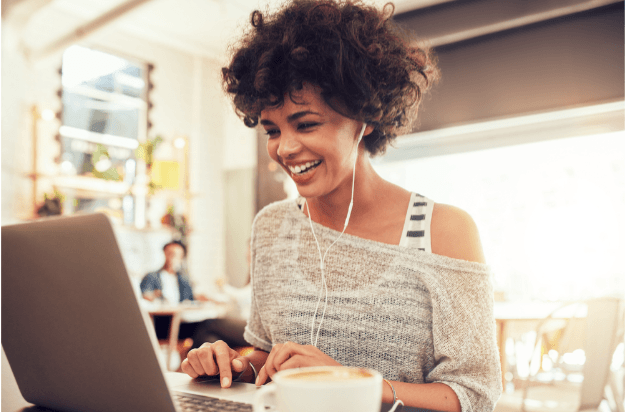 If your website has a strong enough fanbase, they will want to buy things from you. There are ways to test the water; by offering a one-time sale on some kind of merchandise to celebrate a date important to your site — perhaps an anniversary of some kind — you can get a decent estimate with regards to demand.

It’s not an unpopular monetization model. DFBTA.com is a website dedicated to internet creators who are funding their online work through merchandise sales. What might begin as a joke in one video or podcast can become a meme which can quickly become a t-shirt. Before you know it, that one joke has funded a month’s worth of video content.

This monetization model has worked for bloggers of all creeds, too. Travel, tech, food, lifestyle, fashion, or otherwise: there’s a blogger out there monetizing their website through merchandise sales.

While it sounds like a radical idea, it’s sobering to realise how well this model has worked for the fifth biggest website in the world: Wikipedia. Purely through voluntary donations from people who believe in the Wikipedia cause, the website has gone from strength to strength, with each fundraiser they run raising more than the last.

So successful is the model that it’s been adopted by The Guardian newspaper and countless other internet creators through Patreon.

If asking people for money doesn’t work, sometimes you’re left with little choice but to put a wall up. It’s hard to say whether or not this model is better than a donation one, but it’s certainly more popular. From streaming services like Netflix, Hulu and WWE Network, to news websites like The Wall Street Journal, hard paywalls operate under the principle that the content they offer cannot be gotten anywhere else.

While unpopular with long-term users of a service before the wall goes up, hard paywalls have many advocates. David Simon — a veteran journalist from the Baltimore Sun and the creator of The Wire — has long argued that news organisations’ collective failure to put up paywalls is leading to the death of journalism. He made this claim in 2009 and it’s a bold one, but it’s not entirely illogical. After all, if you can read the news for free, why pay for it?

The reason soft paywalls are often better than hard paywalls is that the fierceness of the wall often encourages people to go elsewhere. It’s a hard balance. On the one hand, you don’t want to give your content away for free. On the other hand, you need to convince people that your product is worth paying for.

Soft paywalls come in different types — such as the “premium content” model used by The Telegraph and the ten free articles model used by Harvard Business Review — and most hard paywalls are moving towards a softer model. Netflix may hide its content behind a hard paywall, but for one month, first-time users can try the service for free. This softer approach works, and studies show that one third of people on free trials for streaming services like Netflix’s end up staying on after the free trial ends.

Affiliate marketing networks are the best way to monetize websites because they are the result of years of experimentation with the monetization of the internet. Advertising is an old monetization model; it’s how radio and TV were monetized for years. So when the next big medium came along, it’s only natural that the advertising would be the first model people went to.

The problem was that — at least at first — advertising on the internet was a messy free-for-all. With no way to objectively measure the “quality” of a website and with no real way of websites and internet advertisers to connect with each other, the result was tasteless and irrelevant popups and banner ads that were attracting no-one.

Having learnt from this lesson, affiliate marketing networks use huge amounts of data to direct relevant, high-quality adverts to the internet users which they will have the biggest impact on. It’s a monetization model which has allowed YouTube to become the second biggest website in the world, and affiliate marketing networks allow other websites to make money the same way.

Advertisers like affiliate marketing networks because the best ones can guarantee ads directed at geographically and demographically relevant audiences. Advertisers can then pay per click, per lead, per conversion, or per one thousand ad impressions.

For websites looking to monetize themselves, the faith advertisers have in affiliate marketing networks means that they can guarantee themselves a reliable stream of income based on the number of people who visit their site. Because it allows content creators to get paid in the simplest terms possible, affiliate marketing networks are the best way to monetize websites in 2017.