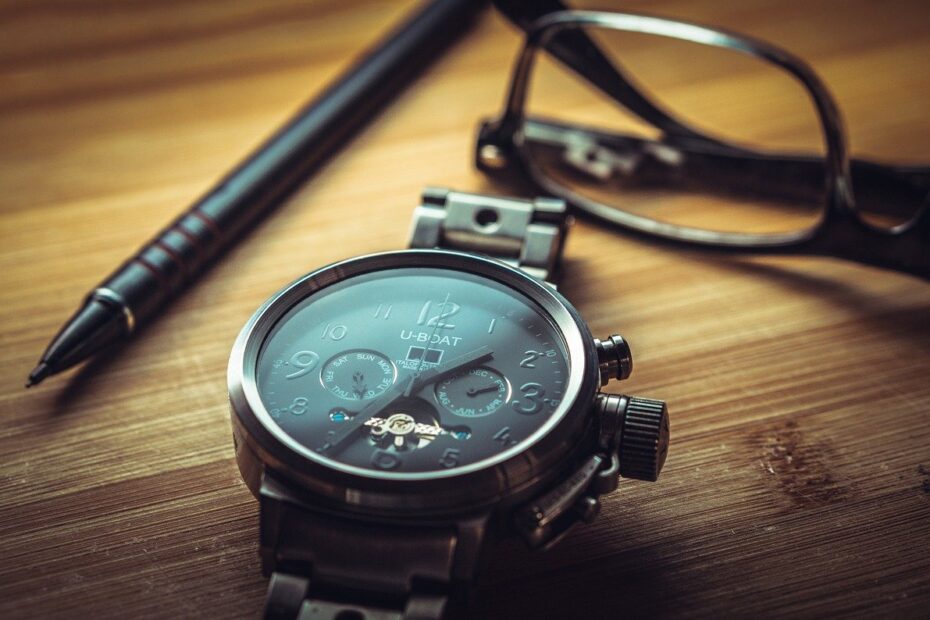 Today we have a guest post Robbie over at Paternal Damnation. There’s nothing they don’t know when it comes to making money by selling watches and they’ve been enough to share some of that info with us!

After the financial crash of 2009, there seems to be a growing trend of people turning to alternative ways to invest their money. Fearing more financial instability in the future, many have instead taken to putting their money into things like Bitcoin, gold, or even barrels of whiskey. One such option I’m often asked about is how viable it is for wristwatches to appreciate in value. As with anything, there’s a number of factors to consider.

Historically, Switzerland ruled the luxury watch world. There have always been watches made elsewhere, but generally they would be functional rather than luxury pieces. If you’re looking at anything pre-1960, there’s little worth in anything that isn’t Swiss.

This shouldn’t be taken as advice that everything Swiss is valuable. Because Swiss watches became so synonymous with high-quality timepieces around the world, a whole raft of Swiss factories soon popped up to capitalise on the lucrative business. Some of these were obviously better than others, but the sheer number of them meant that many disappeared before they really made a name for themselves.

In the present day, there are three main players for quality wristwatches: Switzerland, Germany and Japan. There are others elsewhere, but the majority of these are Chinese watches rebranded with European-sounding names. A handful of Chinese watch factories though are making great strides at the moment to reverse the reputation of mass-produced watches with poor quality control. They may yet change the perception of the watch-buying public, but it shouldn’t be something you’d bank on.

I own a beautiful luxury Swiss watch made by a manufacturer named Milus. It has a military backstory of being part of ‘life barter kits’ for the US Navy back in World War II. The watches were accompanied by several pieces of gold jewellery in these kits to allow soldiers to bargain for food or even their life with natives of some of the remote islands they found themselves on. The watch is in pristine condition and keeps perfect time. Sounds valuable, eh? How much is it worth? Not much, is the honest answer.

Despite the watch’s story and obvious quality, nobody has heard of Milus. If like me, you like watches, this is great, as previously premium timepieces can be picked up for next to nothing. If you’re hoping for your watches to appreciate in value though, you need to look toward the brands that people are aware of.

Predictably enough, Rolex is the most sought-after brand amongst collectors. Assuming it’s kept in reasonable condition, it’s unlikely that a Rolex will lose too much of its value. Certain models have even seen their value rocket in recent times. The Rolex Daytona is the red-hot model of the moment, with vintage pieces pulling in some sensational prices.

It’s hard to gauge just which models will become sought-after in the future by collectors. The past dictates that Rolex’s sports models fare better than their dressier brethren such as the Datejust though.

The only other brand that gets anywhere near Rolex for its liquidity in terms of being able to sell on, would be Patek Philippe. Less well known than its Swiss counterpart, Patek Philippe is considered one of, if not the finest watchmaker in the world, with its watches usually much more expensive than those of Rolex. If you can afford to part with upwards of £50k on a watch, then a Patek could be an even better option.

Are Ladies Watches Worth Investing In?

To sell a watch, you need to find a collector who wants it. The reality is that there’s hardly any female watch collectors around. Even if there were, current trends have seen women wearing men’s watches anyway. I’ve seen countless folk on the internet uncovering beautiful and intricate vintage ladies’ watches thinking they’ve struck gold. They soon find however, that there’s no buyers for them.

Could this change? Given the fantastic antique examples you can pick up for next to nothing, you’d expect there to be a boom in antique women’s watches just waiting to happen. I tend to think though that if wearing them hasn’t taken off over the last ten years whilst buying vintage has been so popular, then it never will.

Speaking of trends, a danger when investing in watches is how they will be received in the future. Men’s watches used to be around 30-32mm in diameter. In the present day however, these would be seen as women’s sizes, with popular men’s watches hovering between 40-45mm now.

It’s a similar story with materials. Whilst gold used to be the metal of choice for cases and bracelets, its popularity has waned dramatically. Bronze seems to be enjoying its moment in the sun at the moment, but steel seems to be a perennially popular choice and should probably be the go-to for anyone buying a watch with plans to sell it on in the future.

These can sometimes be of value to collectors, but brands like Omega have released so many special editions that they’re almost ten-a-penny now. Rolex models with limited runs seem to do well, and for that reason, it might be worth hunting down a green Submariner (known in watch circles as a ‘Hulk’), as this colour has just been discontinued.

So is it Worth Investing your Money in Luxury Watches?

In a field with so many variables, it would be very difficult to guarantee any kind of profit from wristwatches. Let’s not also forget how popular smartwatches are becoming; a practical wristwatch today could become a quaint curio tomorrow, much in the same way that pocket watches have now become hopelessly antiquated.

If you’re already thinking of buying a luxury watch though, and would like it to possibly appreciate in value in the future, your best bets are either a sports Rolex or a Patek Philippe. Neither will guarantee you any profit, but beyond these two options, your odds will decrease exponentially.