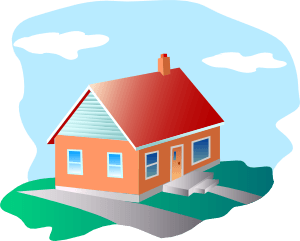 According to results from a recent survey, only 16% of Brits think to secure their front door first to prevent burglary attempts.  This is despite 90% of burglary attempts in England and Wales going undetected, according to data from England & Wales police forces.

Truedor.co.uk surveyed 2,000 people in the United Kingdom to ask, ‘What do you think is the best deterrent to stop burglaries on your property?’

The results came back with 23% answering with Burglar Alan and a further 20% saying CCTV.

Only 16% believe that a Secure Door was the number one deterrent to prevent a burglary.

However, during June 2015-May 2016 there were 397,643 recorded burglaries in England & Wales according to data from the UK police’s official website.

Of the completed investigations there were 277,300 occasions where no suspect was identified.  There are still 79,625 cases under investigation which means a staggering nine in 10 burglary attempts are successful.

Results from the Truedor survey suggests that UK tenants aren’t doing their best to protect their property as the police data would suggest they need to prevent burglars getting into their home rather than having technology such as a burglar alarm and CCTV once they are inside.

“There are many households that do not take specific care to lock their UPVC doors sufficiently despite having reminders from the Police.

The Police can only keep up the practice of sending out messages to remind people to protect their own property and also help those who may feel vulnerable.  Then it is up to everyone to try their very best.

It really is up to each person to take this advice and try their best to reduce the opportunity of crime.”

You can download the results of Truedor’s survey here.