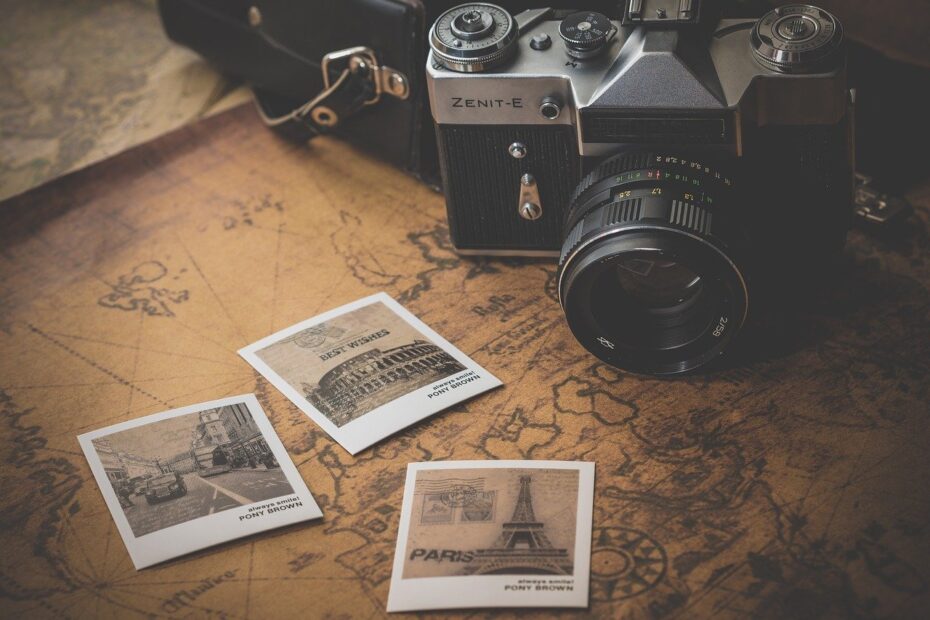 Going on a European city break doesn’t need to break the bank, in fact there are plenty of stunning locations ideal for the budget traveller full of history, culture and great food and drink.

Being an experienced budget traveller I’ve put together my all-time favourite European wanderlust locations that should be on everyone’s bucket list:

Being one of the oldest cities in the world and with world heritage UNESCO status, history and culture are everywhere you turn in Athens and yet you would be forgiven for mistaking this city as an exuberant place to stay. In fact, this ancient city is a fantastic destination for those on a budget with prices being substantially lower than those in the UK.

The city’s skyline is dominated by the Acropolis and its surrounding temples and monuments including the Parthenon, Temple of Athena, Temple of Zeus and Athenian Agora.

Nearby Philopappos Hill provides a stunning walk where you can visit the exact spot where democracy was born and changing society and our view of citizenship forever.

On the other side of Athens is the Panathenaic Stadium built almost two millennia ago in 144AD, it was largely abandoned in the 4th century. Excavated in 1869, the refurbished stadium then held the opening and closing ceremonies of the first modern Olympic Games in 1896.

If you love history and plan to visit all of the top historical sites in Athens, I highly recommend buying the multi-site combined ticket. This ticket gives you entry to most of the top sights including the Acropolis, Ancient Agora and Olympic stadium to name just a few and costs €30 (£27.08) per person. If you visited all of the sites included on the combined ticket individually it would set you back €64 (£57.76) so if you plan to fill your days wandering around the ancient sites of Athens it’s well worth it.

Affordable accommodation is in abundance in Athens and the further you head out of the city the cheaper it gets. We stayed just out of the centre at a great place, The Athenaeum Grand Hotel, for £59 per night. It was a well-appointed, clean and friendly hotel with one of the most exuberant breakfast buffets we have experienced anywhere in Europe. We consequently didn’t need to eat until significantly later in the day saving us a bit of cash.

When you do eat out in Athens, the food is great value and perfect for the budget traveller. A meal for two in the city centre can cost as little as £20 depending on where and what you eat. Even eating in a location with stunning acropolis views you can still expect to spend considerably less than if you were going out for a meal in the UK.

A favourite area of mine for a magical evening meal is Plaka. This historic neighbourhood sits in the shadow of the acropolis and has a real village vibe to it, full of family run restaurants with outside seating on cobbled streets surrounded by fairy lights and candles. The atmosphere is friendly and the pace slow, making it the perfect place to dine in the evening with a loved one.

How much do things cost in Athens*

Budapest is one of the most affordable European cities to visit and has a reputation as being the ‘Paris of the East’ and I totally agree. In parts a beautiful city it has a fascinating history. Being a former part of the Soviet Bloc, I wrongly assumed the buildings would be a little bland but I couldn’t have been more wrong. Many are festooned with Art Nouveau flourishes and painted in delicate and pretty colours.

Interestingly Budapest was originally two cities that merged into one. The city of Buda sat to the west of the River Danube and on the opposite bank, to the East, sat Pest. Since merging in 1873 these two cities have held onto their individual characters. Old Buda is the quieter of the two, full of museums and of course the wonderous Castle. It has a relaxing atmosphere and a more suburban neighbourhood feel. Old Pest is the busy beating heart of the city and also its political centre with a thriving nightlife and diverse businesses.

This intriguing city of contrasting halves caters for all tastes and is coupled with some of the lowest prices in Europe.

The Royal Palace also known as Buda Castle is a magnificent sight and stands on the top of the hill of old Buda along with the iconic Fisherman’s Bastion with its fairy tale towers. Both offer intriguing architectural styles of interest and wonderful views of the river and the vast city beyond.

On the opposite side of the river you will find the massive Hungarian Parliament, a fitting and stately building to an emerging democracy. Below this on the river is a sobering reminder of how important democracy can be. ‘The shoes on the Danube bank’ is a memorial to the Jews who lost their lives at this spot in the closing stages of World War Two. Whilst sombre it is a place very worthy of some quiet reflection in the midst of this bustling city.

Budapest is bursting with free things to see and do, perfect for the budget traveller, start with a free walking tour. The locals are super proud of their home city and offer free walking tours for tourists, so take part and get a good sense of the city and its past.

Watch the sunset on Chain Bridge, the first bridge to unite Buda and Pest together as one. For an atmospheric evening, walk around Castle Hill including the palace gardens and the Fisherman’s Bastion, buildings that are stunning when lit up at night.

During the day enjoy a stroll around Margaret Island, straddled on either side by the River Danube, a tranquil getaway from the bustling city with its own zoo and park where the locals go to relax and enjoy delicious street food. Follow this with a wander around the parliament building surrounded by small, friendly cafes – perfect spots for people watching.

Head to one of the street food markets regularly held in Pest for bargain food and home brewed local beers costing very little and yet absolutely delicious or stop in a café at the top of Buda Castle hill for a tasty bread bowl of home-made goulash for just a few pounds.

How much do things cost in Budapest*

Ljubljana, an upcoming city break destination, is such a forward-thinking city, winning the 2016 European Commission’s Green Capital of Europe award and remaining focused on doing their bit for the planet by providing sustainable and responsible tourism. The city is pedestrianised and free transport by electric buggies is offered to those who cannot get about so easily. Here, recycling is taken very seriously and it is so inspiring to see a country coming together with a shared goal of living an environmentally conscientious lifestyle.

Along with the city’s green commitments and cultural initiatives, Ljubljana is a great place to visit for trendy restaurants and bars which offer year-round seating right along the banks of the Ljubljanica River, creating a relaxing alfresco scene.

Enjoy historic Ljubljana castle and cathedral and walk over the triple bridge and the highly recognisable dragon bridge both in the heart of the city and its bustling café scene. During the summer taste the delights of freshly cooked dishes created by different Slovenian restaurants who come together at the Open Kitchen event. This wonderful open-air food festival is a great opportunity to try Slovenian cooking at its very best and its very cheapest.

Slovenian wine is delicious and unfortunately for me, rarely exported. A glass of crisp white Rebula at one of the relaxing yet lively riverside bars is a wonderful way to pass a little time in this cultural city, especially at just over the equivalent of £1 a glass!

With Lake Bled being the most popular tourist spot in Slovenia we really wanted to see it for ourselves whilst on our city break. We looked into tours from the city centre but found them quite expensive starting from £36 each right up to £80. My husband and I therefore decided to look into other options and found car hire was a great value alternative. We hired a car for a full-day for £35 and with a map in hand we easily found our way to Lake Bled and then onto Lake Bohinj which is the lesser known of the two but actually my favourite for its tranquillity and stunning mountain backdrop.

How much do things cost in Ljubljana*