Twenty And Already Struggling With Finances? Say It Ain’t So! 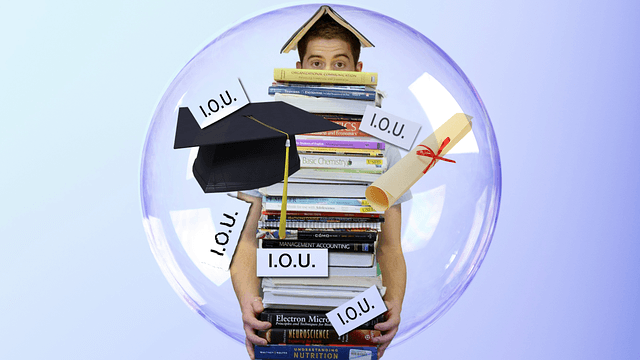 When you’re in your twenties, you are going to face a number of financial issues. Thankfully, most of the problems will be cleared up by the time that you hit thirty. But that’s not going to help you when you’re trying to juggle the costs of going out with the bills that need to be paid, not to mention the savings that online articles are telling you that you need to already be putting towards your retirement. When you think about things in these terms, it’s difficult not to start feeling stressed about your financial situation even when you are only in your twenties.

There are two things to remember here. First, you’re not alone, the majority of twenty-somethings are facing the exact same issues as you. Secondly, the problems won’t seem as dire if you tackle them one at a time. Let’s start by thinking about your salary.

Unless you soared through college and achieved awesome grades, the chances of you getting a high paying job straight after leaving college are slim to none. For this to happen, you need a first, a fantastic grade point average, excellent references, insane social achievements and more often than not, you need to graduate from an Ivy league school. If none of those things are true for you, kiss that dream paycheck goodbye and start learning how to manage on something significantly smaller. You’ll probably scrape over minimum wage but not by much. This is often referred to as paying your dues which is fine.

The answer to surviving on a low paid job is to make sure you are budgeting effectively. Keep your spending under control and will often feel like you have more money than you actually do. You’ll even have enough to put a little away each month for your future retirement, and yes, those articles are right, you should be doing that.

Bills can be expensive, and the most expensive bills are often unpredicted. That means that you can’t plan for them in your budget, which is a problem but if you are smart, it doesn’t have to be the end of the world. The best way to deal with a heavy unexpected bill is to borrow. Those who use small loans will tell you that the media has got it wrong. Small loans and borrows aren’t always bad news. The general idea here is that if you have an expensive bill that you can’t afford you want to get rid of it. Otherwise, it becomes a debt, and you can’t afford that. The good news is that if you pay it off with a loan, you still owe the money, but now you know about it. You can plan ahead and fit that owed money into your next monthly budget, paying it off. You will not get through your twenties without at least one major unexpected bill. It could be anything from a car repair to a broken boiler in your new home. Either way, the only option for handling it will be to borrow.

Hey, How About Those Student Loans?

Ah yes, the infamous student loans. Well, if you are pursuing certain careers you might be able to dodge them rather quickly. For instance, you could become a teacher. As an incentive to get more people into teaching loans are being canceled or reduced after a certain time. On the other hand, if you’re going after a career that doesn’t offer this advantage, there are alternate options. Although, the easiest way is to think of it as a little bill and pay as much as you can off at a time, without it crushing your quality of life. Contrary to belief student loans aren’t designed to push you into debt. Despite the massive expensive, they are surprisingly easy to handle. Don’t panic, don’t fret and it doesn’t have to hurt you at all. Take it slow, be sensible and before you know it, you’ll have paid most of it off. Or, marry someone rich and get them to pay it off for you. Joking aside, student loans aren’t the massive issue that freshers often believe them to be.

If you are in your twenties, you might have a poor credit score. This won’t be because you’ve borrowed poorly but rather because you haven’t really borrowed at all. Unfairly your credit score always starts at an average point which won’t be high enough to get good deals on homes or cars. The good news? You can improve it by borrowing sensibly, and this could be a great time to go out and buy that big screen tv if you can afford the payments.

We hope this helps you handle the issues you will almost certainly face in your twenties.

2 thoughts on “Twenty And Already Struggling With Finances? Say It Ain’t So!”