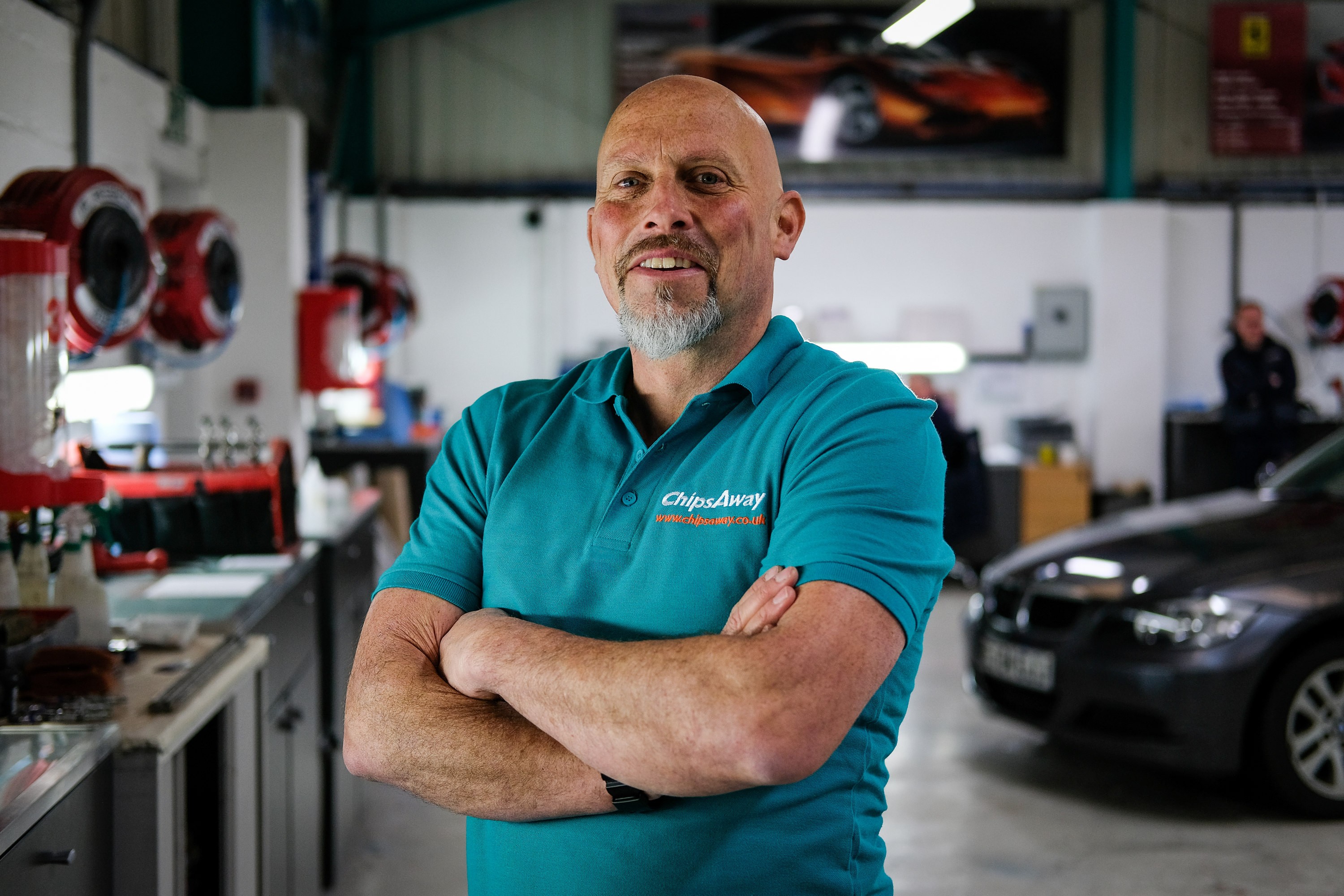 “With ChipsAway I was able to realise my life-long dream.” 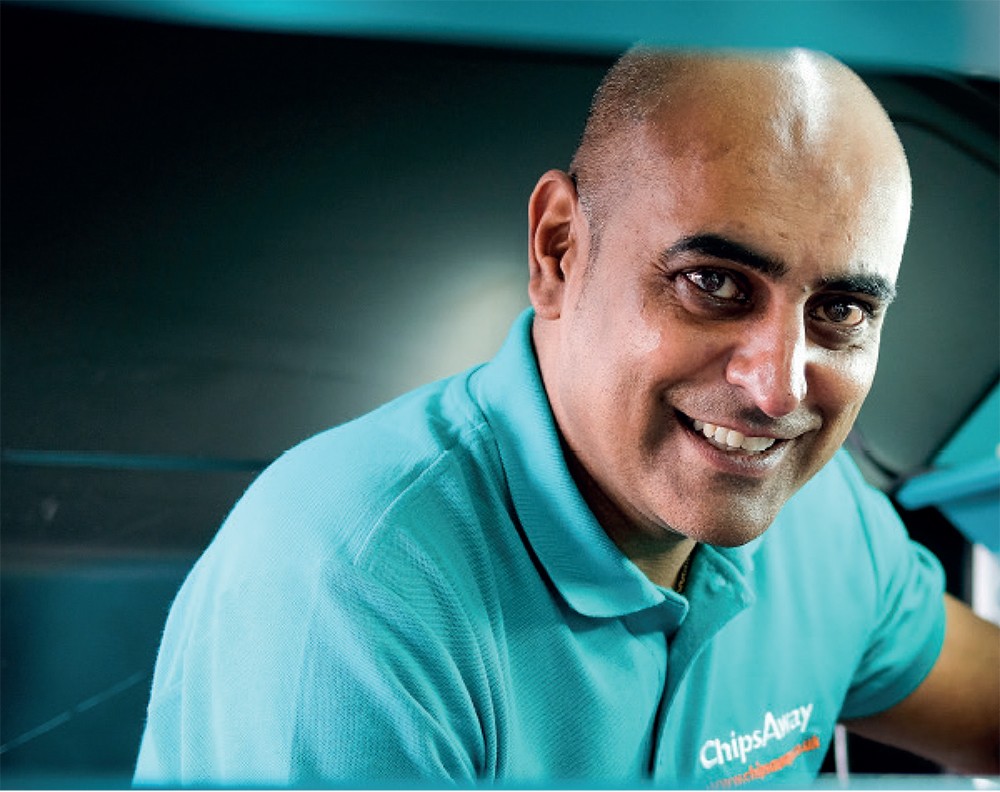 Sandip promised himself that by the time he was 30, he would own a Maserati sports car, but by the time he was 28, it had become clear to him that he was never going to make that kind of money as someone else’s employee. So the former IT Project Manager and self-confessed ‘car nut’ decided that in order to achieve his life’s ambition, he would break out of employment and launch his own lucrative franchise business. Last month, Sandip celebrated his 15-year anniversary as a ChipsAway Franchise owner.

“I started off at ChipsAway as a sole operator – a man in a van. I wanted to find a business that would give me a real buzz as well as the opportunity to make a lot of money. Although I’m ambitious and want a good lifestyle, for me, enjoying what you do is really important. I had no experience in minor car body repair, which is what ChipsAway specialise in, however I was given full training and support along the way.”

“Within a year, I had expanded into a small unit and took on an employee, as well as still having the van. I then put an employee in a van and had 2 vans covering 2 territories. I was overrun with work!” 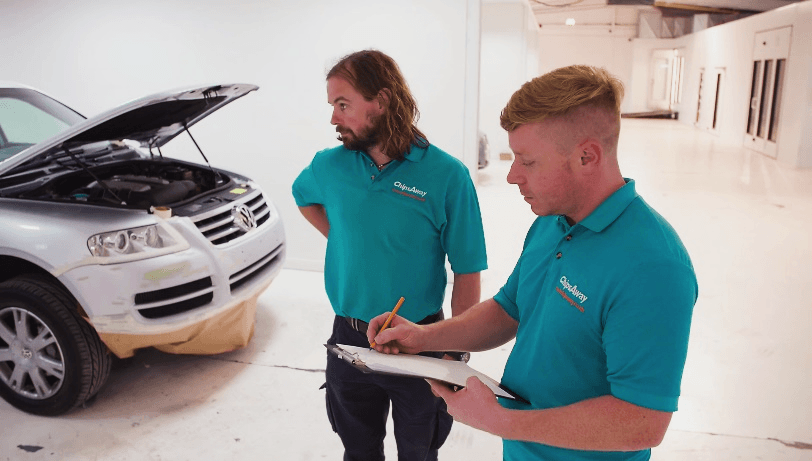 When Sandip turned 30, he attained that longed for Maserati (which he bought outright). “To make a success of your own business, you have to be prepared to put in the hours and work harder than you’ve ever done before. You’ve got to love it!’.

With a network of over 200 franchisees, Sandip isn’t the only one making serious money.  Keith McGowan of ChipsAway Glasgow grew up around cars in a family business in the body shop repair industry. He was already aware of the strength of the ChipsAway brand and their reputation for producing high quality minor paintwork repairs.

After attending an open day at the ChipsAway head office, he knew it was the right franchise for him.

“My business grew very quickly. I started off as a man in a van, then after 6 months I took on my first employee and we opened the workshop, the following January I took on another employee, and the business has snowballed from there. We now turn over in excess of £1million.” 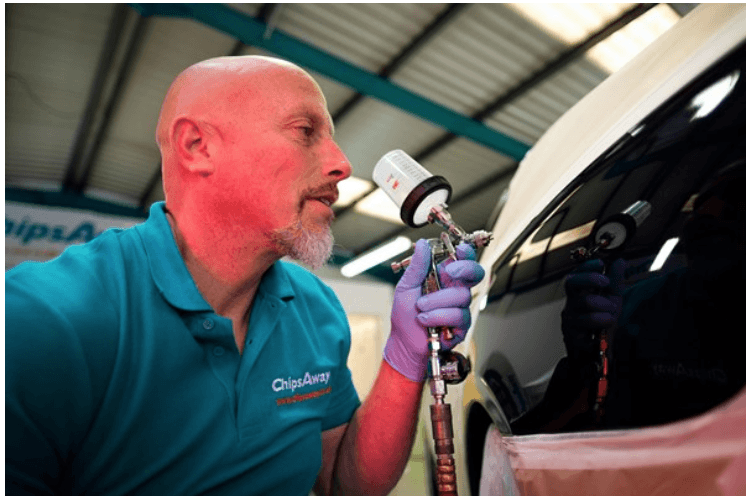 Find Out More About the ChipsAway Franchise

If you’re looking to invest in starting your own business, but are worried about going it alone, then a turn-key franchise opportunity could be the right option for you.

With unlimited support and training, a ChipsAway Franchise lets you be your own boss and reap the rewards of a lucrative business model, whilst being backed by a brand with National advertising, such as TV adverts.

You can find out more about the benefits of investing in a ChipsAway franchise by visiting website www.chipsaway.co.uk today. 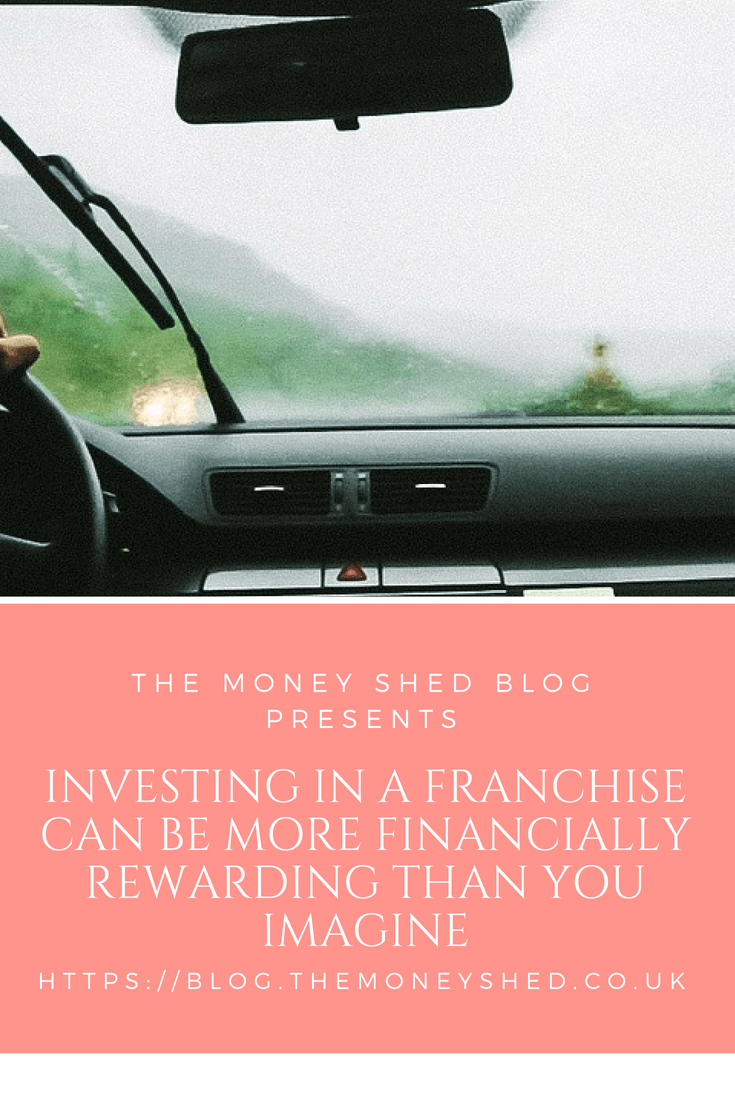