How to Make Sure Divorce Doesn’t Ruin Your Finances 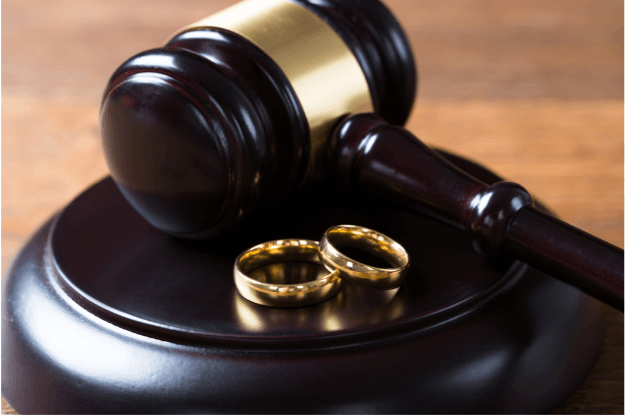 Divorce isn’t easy, and being made poorer as a result of your breakup won’t help things. While the immense emotional turmoil of a divorce will require a lot of attention, it’s important not to lose sight of finances as well. In fact, mental health and finances are intimately linked, with financial worry being a common trigger for depression, stress and anxiety issues.

It’s not selfish to focus on or care about about your finances during a divorce. It’s the sensible thing to do. Knowing more about the financial elements of a divorce will help you to know what you’re entitled to. Such knowledge won’t make your divorce completely stress-free, but it will help you and your ex-partner to at least be amicable with each other during this difficult process.

1. Refer to the Prenuptial Agreement

If you have a prenup, you know full well how much they can help the divorce process. If you don’t have one, there isn’t much that you can do at the point of separation. You can enter into a postnuptial agreement (the same as a prenup but after the date of marriage), but not at the time of separation. However, if you do get married again, you’ll know why you need them.

A prenup seems like a pessimistic idea on the face of it. After all, if you’re preparing for a divorce, aren’t you already assuming that a divorce will happen? That sort of thinking doesn’t add up. Having a fire alarm in your home doesn’t mean your house will burn down, putting parachutes on a plane doesn’t mean that the plane will crash, so why would getting a prenup doom a marriage?

Prenuptial agreements aren’t easy things to discuss. However, talking about what would happen in the event of a divorce while you’re still happily married is a lot easier than doing the same thing while the relationship is ending.

This is easier said than done. Divorces are inherently emotional because they are the legal statement of an emotional fact: two people don’t love each other anymore. Even still, try to remember how logical you were while planning the wedding. Yes, it was a ceremony of love, but you still had to be pragmatic and you still had to consider finances.

Some argue that this tendency to get sentimental during divorce is a female trait, but that thinking is outdated and inaccurate. The truth is that any person has the potential to take a divorce personally.

The family home is a perfect example of this. Yes, you might be desperate to stay there. However, ultimately, only one of you can stay there. Consider the money being offered in exchange. Don’t weigh that against your fond memories of the home. Weigh it up against the inconvenience of moving out. How much money are you entitled to? This is the question you should be focused on.

The best lawyers in the country tend to work in big cities. After all, if all of the biggest financial institutions and such a large chunk of the population are all bunched together in one place, why wouldn’t a lawyer want to base themselves in that place?

This is why London and the greater London area is home to three quarters of all the lawyers in the UK. While that might sound shocking, the upside is that finding a family lawyer in London will be both easy and a surefire way of finding great family lawyers.

Family lawyers in New York and Los Angeles, where there is also a high density of lawyers operating in one area, are also likely to be extremely good. You have to be good in order to survive in such a saturated market.

Splitting the finances and assets is one thing, but who’s responsible for the debt? If you have a joint account or if your finances are connected to each other’s in some way, the answer to that question is complicated. As awkward as it might be to talk about it, it’s imperative that you know how your debts will be divided.

Worse than not knowing who will pay for the debt is not knowing about certain debts. You might think that you know everything about your ex-partner, but don’t risk assuming. Relationships often end because of a lack of honesty, so it’s not a stretch to imagine that there is some debt which you don’t know about.

Sadly, hidden debt is not a rare thing during a divorce. Your relationship might be ending, but debt can linger on for decades afterwards if it’s not sorted.