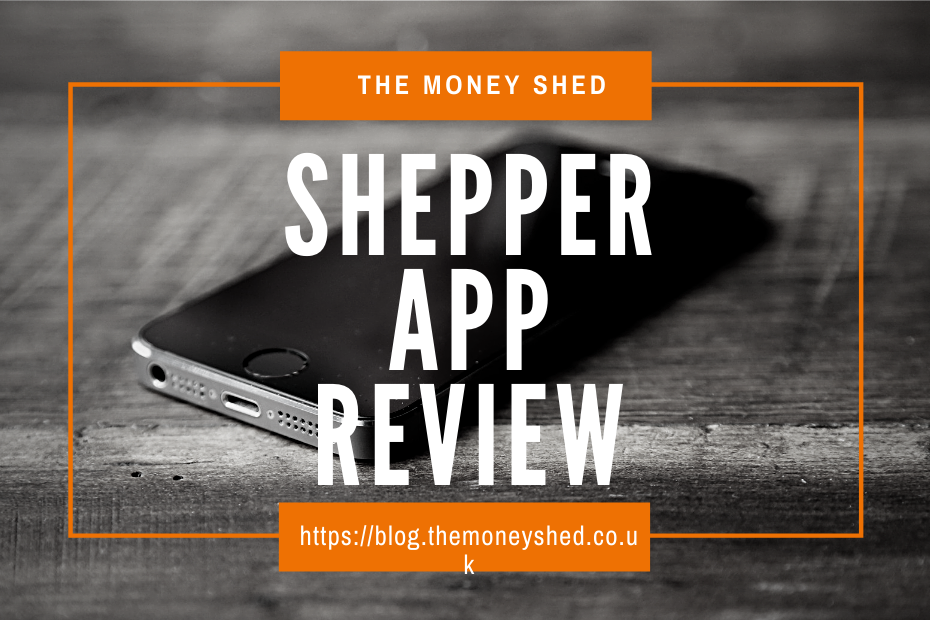 Making money straight from your mobile phone has to be one of the most significant developments in recent years for those looking to make a second income. Shepper is an example of an app that makes it easy to boost your income using nothing but your smartphone. How? The world of retail and business as a whole needs information and through using Shepper, it is you that is giving it to them.

What makes Shepper a little different from other, similar apps, is that the tasks are not just focused on retail: there are jobs involving property checks amongst others too. Known as checks, it is great that the Shepper app offers a little variety in terms of the tasks on offer, as well as being flexible as to when you take any of these on.

If you’ve read this far then it may be a good idea to actually let you know a little more about what the Shepper app actually is. Shepper itself offers a service to businesses across the whole of the UK. These services include checking on rental properties, retail displays, marketing, and customer service to ensure that everything is running as it should be. Whereas Shepper provides the technology, it then needs a workforce to carry out these tasks and this is where you come in.

By downloading the app, you become a Shepherd. Someone signed up to Shepper and willing to go and compete local checks and report back. The app allows you to take photos, record videos, and add text to give full details of your mission. Once you submit your report via the Shepper app, you then get paid.

Is the Shepper app legit?

The Shepper app is no longer a new kid on the block, so there is no risk of it being a fly by night company that will be gone tomorrow. In fact, Shepper has been around since 2016 and has continued to grow. If that is not enough to show that it is a legitimate company, then looking at some of its clients should provide some reassurance. The Shepper app is trusted by brands such as:

Shepper’s client list is impressive enough, but when you then look at the awards the company has won, as well as the level of investment that has been secured, there can be little doubt that the Shepper app is a legitimate way to earn some extra cash.

Is it worth becoming a Shepherd?

There are two ways to look at this of course. If you are looking at being a shepherd as a side hustle, we’d suggest that getting up at the crack of dawn and working all hours, in all weathers, is possibly not the way to go. If, however, you’re looking at becoming a Shepherd with the Shepper app, then the answer is a resounding ‘yes’.

The Shepper app provides everything that a side hustle should be. It allows flexibility meaning that you have the opportunity to complete local jobs alongside your other commitments. The app itself means that everything is set out for you in easy logical steps. There is even great support from Shepper so if you ever do experience any issues, there is help on hand when you need it.

How much does the Shepper app pay?

It doesn’t matter how great the Shepper app is if it doesn’t offer decent rewards for the work that you carry out. Shepper doesn’t disappoint here and it’s home page boasts that it is possible to earn up to £100 a day. That means by using this app alone, it is possible to earn a sizeable second income  each year. Not bad for a Shepherd that chooses their working hours!

Shepper says of their app that it is typical to earn £10 for around 45 minutes works. Looking at the missions on offer, this appears to be true, although this seems to be made up of smaller tasks taking 10-15 minutes paying £2.50-£5. There are longer tasks that pay as much as £20. The flexibility of this app means that the earning potential is down to how much you are able to put in.

How to cash out from the Shepper app

Getting paid for the work you do in the Shepper app is easy. Within the app, you have a wallet where your earnings build up. You have two choices when it comes to getting paid: you can set things so that you get paid monthly, assuming you have at least £20 in earnings, or you can withdraw manually twice a month. With the latter option, providing you are withdrawing £20 or more this is free. Below £20 and there is a small fee to cover banking fees. If you opt for monthly payments if your balance is less than £20 the amount rolls over to the following month.

Signing up for the Shepper app is easy and can see you on your way to boosting your income in a matter of minutes. The app is available to download on both iPhone and Android devices. As soon as you download the app, you’ll be emailed a verification code. Enter this into the app, and you’re almost set to go.

After you have entered your code, you then get to set locations that you are willing, and able, to travel to in order to complete tasks. As soon as you set this up you’ll be greeted with a whole host of missions just waiting for you to take on. You’re free to take on as many, or as few as you want to. Before you can get paid, Shepper will need you to verify your ID, but that is as simple as uploading your driving licence or passport.  The sooner you start accepting jobs, the quicker that your bank balance will start to grow. The Shepper app truly is a great opportunity for everyone to start earning a second income in their spare time, and all that you need is a smartphone.

Maybe on reading this Shepper app review you know that it makes sense to download the app now and to start earning. Possibly you’re in two minds and not sure that now is the right time. Not wanting you to miss out, we’re here to tell you that now is definitely the right time!

On 3rd March 2021, the Shepper app will be releasing a record-breaking 18,000+ missions to be completed. The only drawback is that these need to be completed over 5 days. Downloading the app now will allow you to familiarise yourself with the app so that you’re all good to go.

Between 3-7th March, Shepper will be looking for Sheperds like you to carry out some special, time-sensitive missions. You may already be aware that come April this year, the law around the UK’s biggest is changing. Whereas now, you can play the lottery and purchase scratch cards at the age of 16, come April this age will increase to 18. Those behind the lottery have sought Shepper’s help to make sure that retailers are set to go on the day of change.

What do the missions involve?

The one thing that ever puts people off retail checks is the fear of getting caught! Discreetly taking photographs, covertly recording a video, and secretly typing can all be a little much for some people. With these missions there is no hiding, you are going in fully armed with a letter of authority from the lottery provider to say that you are completing these checks on its behalf.

Armed with this letter, you’ll be entering retailers and making sure that they are displaying the correct signage, have leaflets available, and are aware themselves of the pending changes. As jobs go, these must be some of the easiest ever seen from Shepper.

What are the rewards?

We’ve already seen that with Shepper that you can earn over £100 a day, and the rewards on offer in March are nothing short of amazing. Given that these tasks can be completed very quickly, and given the number of retailers in close proximity to each other, there is no limit on the amount that you can complete in a single day. Given that these missions all pay £3 each, there’s a chance for a nice cash boost, but there’s more!

As well as offering £3 per task, Shepper is also offering a nice little incentive to complete more missions in terms of bonus payments. On top of your £3, the bonuses are there if you carry out a set amount of missions in a single day. This is how it works:

All of this on top of the £3 per mission means that signing up for the Shepper app and taking part in the March bonanza is a no brainer.

As the map above shows, there are jobs available across the whole of the UK, so no matter where you are based, there is bound to be plenty of work, and you’ll have no problem earning the bonus payments. Here is just a snap shot of some of the retailers that you could be visiting: