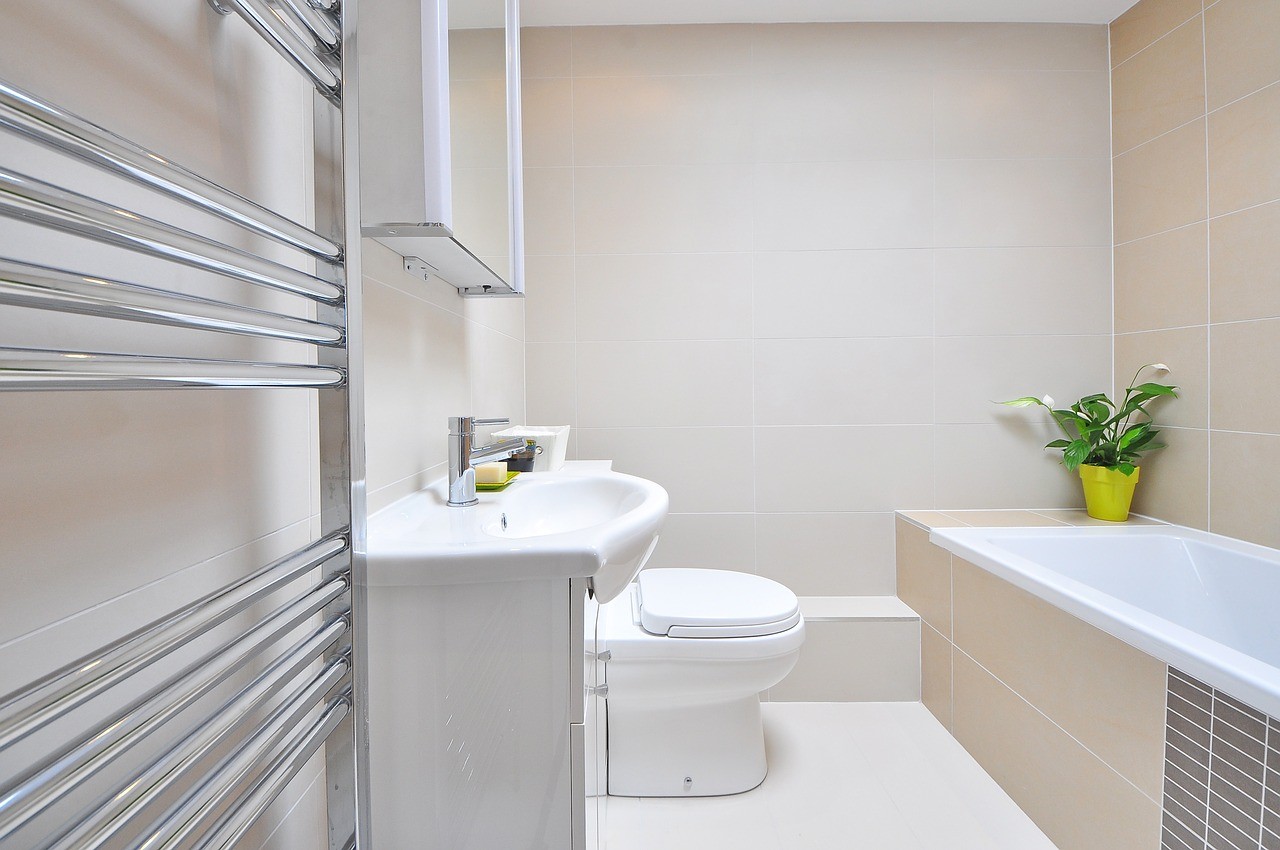 your bathroom may not be the first thing you think of when you move into a new property.

In fact, the bathroom tends to be the forgotten room in the house a lot of the time. It’s not a room that gets used unless you HAVE to use it. You don’t entertain guests in it, you don’t sleep in it, you basically tend to just use the bathroom out of necessity.

Every once in a while though you will find someone in the house has a brain wave. Usually, it’s around January / February time when all the adverts are on TV showing us how we can have a great bathroom fully fitted on a 0% deal AS LONG AS WE BOOK NOW!

2 years ago I was influenced enough by both the adverts and the fact our shower was leaking into our kitchen on a regular basis to actually do something and have our bathroom renovated I didn’t go the way that was shown on the TV!

Instead, I used a number of plumbing trade supplies around us in Yorkshire that could offer me the different parts I needed. So I got a bath from one company, the filler taps from another, the shower from yet another company .

Now the second point is very nice but the first one can cause you some real headaches. I got around this by contacting a bathroom fitter first of all and letting them guide me a little. So I talked to them about what we would ideally like and then I let them show me some ideas which in turn let me know the sort of things I should be looking for in terms of / how you deal with the end section of the bath etc.

It was then just a case of going around a number of Local plumbing merchants some of which were online and others were dotted around Yorkshire and getting what I needed for the best price I could. Luckily the start of the year is a fantastic time of year when it comes to grabbing a bargain for your bathroom renovations!

Once all the parts were bought we booked in the bathroom fitter again and let him do his work. The whole thing can’t have taken more than about 5 days to do and we were so impressed with the quality of not only the fitters work but also of the items we had bought.

Normally I’m a huge fan of ‘throw money at a problem and make it go away’ however I can’t recommend going around your local plumbing trader supplies and seeing what they have to offer. Yes this way might take a little more time and the learning curve can be a little bit steep in some areas but before you know it you will be standing back in amazement at just how different your bathroom looks.