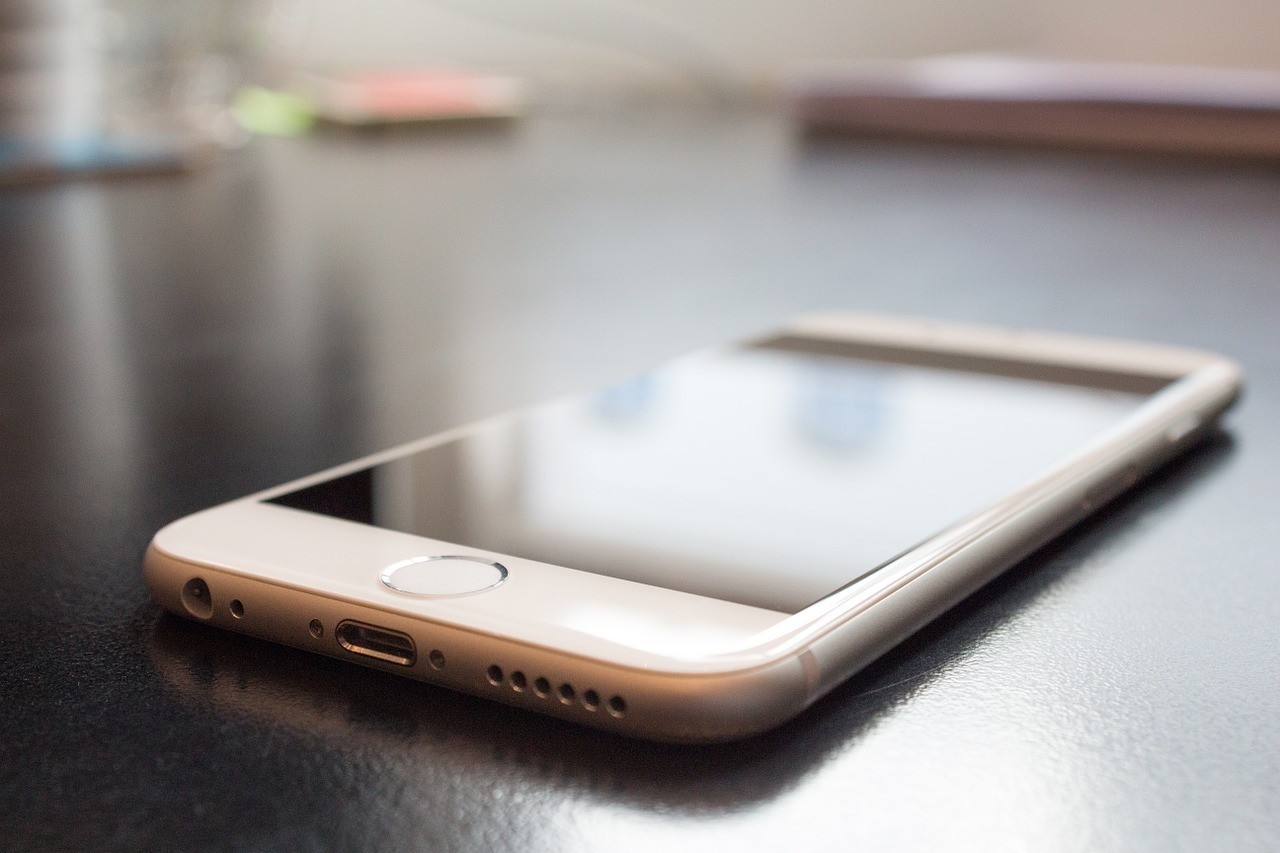 Everyone by now who earns money online in one shape or form will have heard of task-based money making apps like Field Agent, Task360, Roamler, BeMyEye etc. They basically pay you for carrying out a small task for them. It could be taking a photo of some Tomato Ketchup display in Asda for £5 or buying a Vodka and Redbull in a Wetherspoons and taking a photo of the drink for £8. It all adds up and it all pays VERY well.

Before we get started if it’s Traditional Mystery Shopping you are after then take a look at our interview with someone who does mystery shopping in the UK full time.

(Don’t forget you can get access to our ongoing Roamler Invite Code  one our forum after making 10 good quality posts!)

Of course, not everyone wants to earn money by doing decent paying surveys or high paying research studies from home. Indeed if you are a new Mum you may want to check out our awsome post about 20 Work from home jobs for Mums.

Mabozza is a user on The Money Shed forum and has been doing great work with these apps and earning thousands! They’ve been kind enough to give us a run down on what life is like for someone who uses these apps as much as possible to earn as much as they can!

I Started doing the task apps in November 2015, Was put on to Roamler, found I needed an Invite code which I got after joining The Money Shed. Then I found out about all the other apps available via the TMS forums offer work for what are effectively high paying research studies. Since I started I have currently made across all the apps £3864.

The top apps are all available on Ios & Android phones Except Field Agent & Task 360 which are Ios only. I only signed up to those 2 in mid January 2016 because I didn’t have an iPhone. I bought a 2nd hand iPhone 5s for £80 on Gumtree and was worried if it would manage to pay for itself… well see for yourself. The following is a breakdown of how much I have earned (to date) by each app.

These are the task apps I have on my phone, I am always on the prowl looking for others but have found no other “worthwhile” ones.

Roamler you sometimes need to get an invite code to join (Available on an ongoing basis on The Money Shed Forum) then complete the first level which is unpaid training, to then get to the paid tasks… Roamler is generally very busy all over the UK (And Europe) it doesn’t pay particularly well but it is easy to do a dozen jobs in an hour or two and all the £2s add up, they also do payment increases on some jobs as they get nearer the job’s end date. A recent job was at £2 for a long time, then up to £4, on the last day the jobs were at £14 each!

Field Agent usually pays very good rates and the jobs are fairly straight forward, One of the most popular jobs on it is the Razor Blades Audits.. every 4 weeks around the start of the month… £5 to audit blades in superstores over a weekend..Lately though many FA jobs have been transferred over to sister app.

Task 360 also pays very well and is very busy. My biggest earner is from the weekly Odeon checks £8 a time and I manage between 10 and 20 a week every week. Also on there just now are loads of Red Bull audits which require purchase of a double vodka and red bull (The cost of which is reimbursed on top of the £5 fee) and there is outdoor street problems tasks which can range from checking a speed limit to a street name. This app also gets “flash” Billboard checks which come on quickly and get snapped up very quickly, they are a simple outdoor photo task.

BeMyEye some good money can be made on this app, they currently have various instore audits checking laptops/Tvs etc in Curry’s/PC World’s however, they operate slightly different from other apps, you earn “points” each point is worth 1p, but you only get paid for the elements within the job that you can complete.  For example: you are to check on 3 specific TVs in Curry’s you find the first one, complete it and get 150 points, then find TV #2 do that get 150 points, then TV #3 do that get another 150 points so you have earned 450 points = £4.50. Then you visit another Curry’s to do same job, but they only have 1 of the 3 TVs in stock so you only get 150 points =£1.50. My advice is if you happen to be near a job on this app then go ahead, but don’t drive 10 miles to it in case you end up with very little.

Streetspotr does have often very decent paying jobs but can be very quiet. However jobs are generally straightforward.

The other apps are again pretty straightforward, but, are very quiet, but worth having on and checking for when a new job comes on and it may be in your local store

Appjobber has only ever had one job on it since I started. This was checking electric car charging stations, there are thousands all over the UK, however, it only pays £1 per task and I found the tasks quite time consuming.

One other worthwhile one is Red Wigwam. It is not an app, it is a website, you join up to and they are basically an employment agency, they do offer some great instore mystery shops (Some which you even get free stuff – you buy, you keep, they reimburse) at decent pay, however, worth noting you WILL pay PAYE tax on here.

This is a fairly extraordinary weekend of doing task apps. I should add that my experience doing task apps is a little unique as my “day job” is driving all over the UK in my white van (yes… that’s me) I cover about 2-3,000 miles EVERY week and so, I find myself very near to many jobs on the apps which I fit in whilst driving from work job to job but this was from last weekend (Friday 29th April) and all done local to my home (and in my own time) so anyone really could do this. This was a “blades” weekend, so a particularly busy one. Friday: first thing I see is a couple of street problems tasks on Field Agent within a few miles of home. Check the height of a bridge (£5) and 2 street names £3.50 x 2) Whilst doing those I found 4 Roamler tasks …plants checks (£3 )and Goldenberry checks(£6) total from the 4 jobs £18. On way home passed a Curry’s/PC world job on BeMyEye and made about £4 on that one and had lunch and at 3pm the Blades tasks go live to reserve. I reserve 8 of them (£5 each) These are not able to be actually started until 4pm and then you have a 2 hour timer in which to complete what you reserve (Don’t go mad reserving loads that you can’t realistically complete, and releasing jobs as they expire and re grabbing is VERY frowned upon on Field Agent) I know I can get the 8 done in time (usually) so I am then running about daft till 6pm, I complete all 8 and then reserve another 5 that are still available and do those 5 up till no later than 8pm so on Friday I have made £99.50.

Saturday and I have a job pre booked on Red WigWam to check a sampling stand in Tesco £8 for 1 minutes work, then the blades go live again at 11am to start at 12, obviously there are far fewer than on Friday, so I grab 9 but they are a bit further spread out, but you have between 12 and 4 to complete… so I get about those… Whilst going between them I check Roamler and Task 360 for anything very near my routing… find 5 Roamler tasks (2 of which are in the same superstore as blades checks) totaling £16 and 2 Task 360 Red Bull tasks (£10 plus expenses) Saturday made £79

Sunday I find 2 blades tasks that have reappeared (£10) and I take the wife out for lunch via 6 pubs that have the Red Bull audits on (£35 plus expenses) £45 total earned on Sunday.

Monday is when my Odeon Cinema Checks get released on Task 360, I reserve 9 of the 10 Scottish cinemas and spend the day doing these.. going from Glasgow to Fife, Edinburgh. Lanarkshire and Ayrshire… en route I spy 3 street problems tasks along my route £15 from those, pass by one Be My Eye job £4 and find 4 StreetSpotr Lucozade jobs at £6 each (plus expenses)…£24.. I get back home at 4pm having completed 8 of the Cinema checks (with one left to do later whilst heading south to work).. so Monday has bagged £107 obviously I have fuel in my wee car to deduct but that totals no more than £30 over the weekend… so from Friday till Monday I have earned £330.50!.. on most other (non blades)weekends I will be lucky to make £120(including the weekly Odeon checks on Monday), but only on the blades weekends do I give over my entire daylight weekend to Task Apping.

To summarise, Task Apping is BEST done if you have a car, but, even a visit to your local Tesco to do your normal shop can bag a few quid. Keep all the apps on your phone and CHECK them daily… this costs nothing more than some memory space on your phone and a minute of time to see if anything suitable is nearby..

Why not pin this image for later?

13 thoughts on “How to earn THOUSANDS with Field Agent, Roamler, Task360, BeMyEye etc.”